The function and detailed usage of the eight-character ring

The Fishing Swivel, the vent ring, the lead sheet seat, […]

The Fishing Swivel, the vent ring, the lead sheet seat, the lead sheet, the space bean, the floating seat, etc. are all basic accessories that are connected or penetrated on the main line. They not only have their own basic functions, but also play an important role in the overall sensitivity of the fishing group. The correct selection and use are an essential basic function for fishermen. We fully enjoy the fun of fishing

Fishing Swivel ring
It is also called swivel ring or 8-character ring. Its function is to connect the main line and brain line organically. As the name implies, the swivel ring is rotatable (nonsense), and the rings at both ends can be freely rotated with the cylindrical metal alloy buckle in the center as the center to prevent the brain line and the main line from being twisted or sprained when twisted by external force. Of course, the more flexible the rotation, the more labor-saving the better. The 8-character ring is named for its 8-character shape like Arabic numerals. I understand its other layer of meaning is that the 8-character is inseparable from the middle. No one is willing to fish for zero eggs, let alone two. Therefore, the firmness of the connecting ring after stress must also be paid attention to. In order to remember the main points when choosing, it is called the 8-character connection ring, what do you think? But in order to save the word, the following is simply referred to as the ring.

Choice of size
The model of the swivel ring is from small to large, from smaller than rice grains to larger than fists. The largest swivel used in freshwater and still water pendant fishing methods is only the size of soybean grains, and the most commonly used is not the size of rice grains. The swivel is mostly made of aluminum alloy, and its strength is generally not a problem in terms of fishing. The use of the swivel ring should be selected according to the thickness of the line. The role of the swivel ring has three functions: connecting the main line of the brain line; the first link that transmits the bait signal to the main line from the brain line; it is an important configuration in the pendant fishing line group Heavy parts.

Many anglers often only pay attention to the size of the swivel according to the size of the fishing species (although it makes sense), but do not choose the swivel according to the effect of the weight-volume ratio of the fish on the signal transmission of the fish bait. The weight of any object in the water will be reduced due to the buoyancy of the water body. However, the resistance it receives when it is displaced in water will be much greater than that in air; the resistance caused by hearing when the rapid displacement is instantaneous has a greater impact on signal transmission. If you want to catch a good fish, please be aware of this problem. Because the lower the resistance of the whole line group in the water, the faster the signal transmission of the fish line will be, the more accurate and obvious the signal displayed on the float will be. Now back to the issue of the size of the swivel: while considering the strength of the swivel used, we must pay attention to the problem of using the same small-volume swivel. Don't forget, the signal that can be displayed on the float indicator rod is accumulated bit by bit. suggestions below:

①As long as the strength of the force permits, try to use a smaller swivel.

②Choose the American-style swivel ring that directly buckles into the middle column with double rings. This swivel ring can reduce the chance of hanging the main line and brain line.

③ Before choosing to put into use, each swivel ring needs to check its flexible rotation and symmetrical force. The inflexible rotating ring will affect the separation of the two brain lines and the strength of the main line.

④It is recommended to choose a swivel with round ends at both ends, which is convenient for threading and knotting, and will be better under the force. If the wire of the ring is thicker, the strength of the knot will be strengthened. 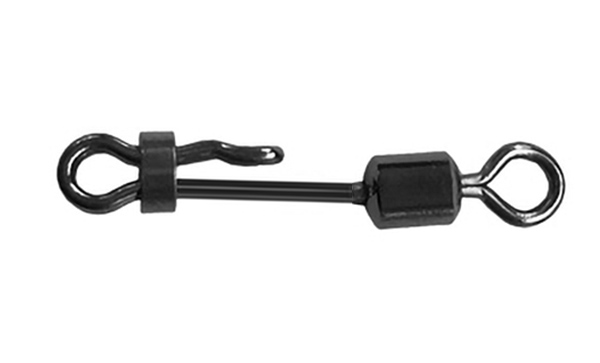