The main function of the eight-shaped ring connector is […]

The main function of the eight-shaped ring connector is to connect the main line and the sub-line, and the second is to release the rotational force of the fish to the line. Generally, some fish rotate more strongly after being hooked, and the eight-shaped ring can release the fish. The rotational force of the line body. At present, the most commonly used eight-character ring in Taiwan fishing is the American-style eight-character ring. With the emergence of different fishing needs, many kinds of splay rings have evolved, such as: child-mother swivels, unloading O-rings, fast sub-line clip splay rings and so on.

The material of the figure-eight ring is mostly metal, aluminum alloy is more common, and the common colors are black, silver and yellow. As can be seen from the above schematic diagram, in terms of appearance, all we can see is the two outer large rings, and the center is closed by metal. In fact, the eight-character ring is composed of two small "eight-characters" and a metal casing. The metal shell covers the two small rings at the same time, so as to achieve the purpose of rotating the two ends of the figure-eight ring respectively. 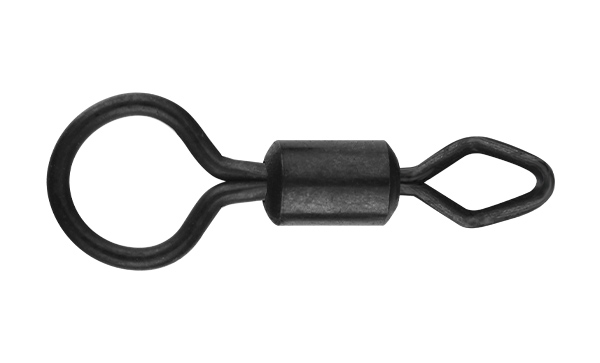 What factors affect the rotation speed of the figure eight ring? The entire figure-eight ring is made of metal, and when the metal rotates, the higher the surface smoothness and hardness, the smaller the friction coefficient. Therefore, under the irradiation of strong light, the surface of the figure-eight ring is observed with the naked eye, and the more uniform the gloss distribution is, it can be roughly said that the higher the degree of smoothness, the higher the rotation speed. The high-speed figure-eight ring can effectively reduce the possibility of entanglement between the two sub-lines in fishing. When the fisherman is rubbing or pulling the bait, the two sub-lines will be easily separated, reducing the chance of the sub-lines entangled with each other like a twist, and in a disguised form, the frequency of the fisherman throwing the bait is increased. At the same time, the two separate sub-lines can naturally complete the hem action after entering the water, which is more convenient for fish to chase and suck the bait, and greatly reduces the probability of empty rods.

The American-style eight-character ring is the most frequently used eight-character ring in the field of Taiwan fishing. The size of the rings at both ends is basically the same, and the force is uniform. The drag O-ring can be said to be a variant of the Japanese drag ring. One end of the O-ring maintains the character-eight ring style, while the other end changes from a circle to a hook. The sub-wire and the character-eight ring are connected by a rubber ring, and the name of the O-ring is also derived from this.

The design purpose of the ring is mainly to realize the rapid replacement of the sub-line (the rubber ring and the sub-line can be replaced directly), on the other hand, it is also prepared for the fisherman when fishing in the waters where the target fish is unknown, and the rubber ring provides the extension force, to try to keep the line and catch as much as possible. As far as the author's personal experience is concerned, the O-ring is much cheaper than the Japanese-style unloading ring, and when fishing in deep-water waters, waters with large individual changes of fish, and fishing polyculture fish with thinner fishing lines, it can improve the quality of fish. When stabbing the fish, try to avoid the instantaneous breakage of the sub-line. However, the domestic O-ring, its rubber ring is very prone to aging, cutting, loss of elasticity and other problems, whether to choose an O-ring, you need to judge by yourself.

PREV: How to choose float? Paint water, concentricity, and tail drift are the keys      NEXT: What are the methods and techniques of fishing?