Home / News / Why does floating always catch the fish

Why does floating always catch the fish

Our main method of judging whether a fish has eaten a hook in hand fishing is to observe some changes in the float, and determine whether the fish is underwater through the pause, feed, translation, jog, sink, and pull black of the float. Activities and bait eating conditions, at the same time, we can also analyze whether we are sensitive or slow in fishing according to these floating phases and medium fish conditions, and whether we can adapt to the fish conditions at that time.

Today, let’s analyze how the top-floating fish is caused when fishing crucian carp.
There is a difference between top drift and sending drift. The top drift does not have a large range of sending drift, and there is no obvious strength of sending drift. It is only manifested in the slight slow rise of the float, and often only a very small amplitude, and sometimes only Half-purpose action. If it is in this case that the rod can catch the fish, in addition to the fishing method such as the lead sinker bottoming out, in the pendant fishing method, there are basically the following situations. 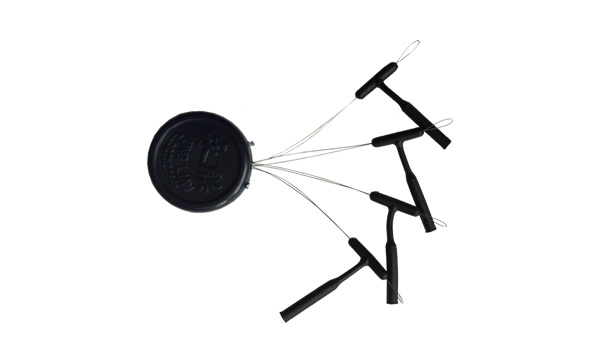 1. Seasonal factors
In winter fishing, due to the low water temperature, the fish activity is very poor. Most fish are hidden in a safe place and rarely swim and eat. Although some crucian carp still eat food, the mouth is also It’s very weak. It’s not only its mouth is small. After eating the bait, it doesn’t move as quickly as in summer, but stays in place to taste the bait. At this time, the fish raises its head after eating the bait and pulls up the hook and strand. This results in a more obvious bending of the strands. Under the elastic action of the strands, a slight elastic tension will be generated, which will cause the floats on the water surface to have a slight change, which is the top float. At this time, the rod and the bait are held in the fish's mouth, and the fish must be caught.

2.Fishing is more sensitive
Because the float is more flexible for fishing, the double hook bait forms one hook bait to bottom, and the other hook bait hangs in the water. When the fish swallows the hook bait and raises its head, the line set is equivalent to losing the weight of a hook bait. The float will float upwards, and the hook bait is still in the fish's mouth at this time, so raise the rod in time to catch the fish.

3.The float adjustment is too blunt
In this case, the position of the plumb in the water is basically very low, close to the bottom of the river or already bottomed. When the fish is eating the bait and raising its head, the angle between the sub-line and the plumb is changed, so that the force direction of the plumb becomes oblique. Upward, in this way, the lead sinker is pulled up, and the upward float signal will appear on the float, and the rod can catch the fish.

The above three situations are the most common, especially in the early winter and early spring when the temperature is low, the probability of top-floating fish is very high. The majority of fishing friends should pay attention to the subtle changes in the float to improve the fishing effect and have a better Catch.

PREV: How to choose a fishing rod      NEXT: Tips for buying and maintaining rock fishing rods