The figure-eight ring is not the main part of the fishing set, its function is to connect the main line and the sub-line. The earliest eight-shaped ring was composed of two closed metal rings on top and bottom, and they were able to rotate freely. However, with the development of fishing technology, many different types of eight-shaped rings have been derived, some of which have only one metal ring closed and connected The metal ring of the sub-line is open.

The advantage of the open eight-shaped ring is that it can quickly replace the sub-line. Most open eight-shaped rings are sealed by rubber sleeves. During the fishing process, the rubber sleeve is moved down to keep the eight-shaped ring in a closed state. When the sub-line needs to be replaced Move the rubber sleeve up at the moment, open the seal and replace the strands. When replacing the strands, the closed horoscope requires knotting the strands to connect with the horoscope. This knotting process will delay some time. Therefore, in the black pits that need to race against time and competitive fishing, anglers will give priority to the opening horoscope. ring. 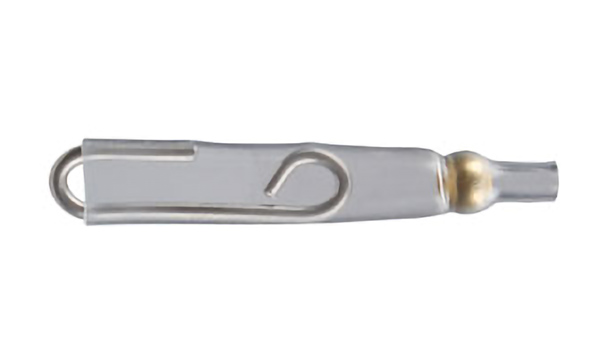 Closed horoscope
The shortcoming of the closed eight-shaped loop is that it takes time and effort to replace the sub-line, but once the sub-line is knotted and fixed on the eight-shaped loop, it is very firm and not easy to fall off. Therefore, the closed eight-character ring is more suitable for recreational wild fishing, because the density of fish in natural waters is not high, and the number of big fish is also very small, and there will be no frequent tangents, so there is no need to replace the fish frequently. String.

In addition, you can also use the closed horoscope when fishing big fish in the black pit, because the rhythm of the big fish fishing in the black pit is slow, and the success rate is more important than the speed, so even if you delay some time when changing the sub-line, it will not be too much. Negative impact.

PREV: How to maintain the 5 basic principles of fishing rods      NEXT: Considerations when buying a character ring