The floating body, floating tail and the joints of vari […]

The floating body, floating tail and the joints of various parts may have draught, and the repair method should be determined according to the location of the specific damaged draft.

1. The floating body is damaged due to the collision of external force
When we use the buoy, we lift the rod vigorously so that the buoy hits the fishing rod or hits a hard object during transportation, which causes the buoy to be damaged and tiny cracks appear. When there are cracks in the float, put it into the water, there will be draft for the float made of reed or wood, and the longer the soaking time, the more obvious the draft will be, while for the float made of nano or plastic, the sound will be very small.

For the repair of this type of floating, you can use the end of the crack to tie a fine hole to prevent the crack from expanding; use the tip of the knife to lightly draw the crack out of the "V""-shaped groove, and glue it with a small amount of 502 glue. If the crack is large, it cannot be Repaired, just replace it with a new one.

In this case, the repair is relatively simple, and it can be directly soaked in paraffin oil for 24 hours, or placed in the refrigerator for a period of time after waxing. 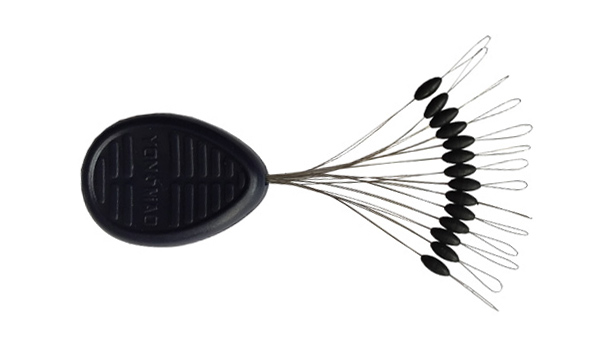 3. Draft at the junction of drift tail and drift body
The draft of this part is caused by external forces, such as poor craftsmanship of the floating body, vigorous lifting of the rod, or long-term placement in a location with large temperature difference and ventilation, resulting in crack draft.

If the damaged position is at the root of the float tail, you can use glue piles to stick it once or twice; if it is a crack, you should use the above-mentioned method to repair the crack.

4. Draught at the connection between floating feet and floating body
The draft of this part is mostly caused by the collision of external force, and cracks generally appear.

When repairing, first use glue to seal the crack, then remove the monofilament from the strong horse or multi-strand nylon thread, wrap it in circles to cover the crack, and finally fix it with glue.

5. Drift tail
This situation rarely occurs, unless the float quality is not good, and the float tail material is relatively poor. If it is a hard tail draft, you can use a good quality galvanized paint once or twice; if it is a soft tail draft, look at the damage of the floating tail, if it is a small hole, you can use paraffin oil to seal it, or use glue smear.

The draft of the float will affect the fishing results. If you don't want to repair the damage, you can replace it with a new float. Now the float is cheaper. If there is a draft phenomenon, you must not continue to use it to save money.

PREV: Fishing gear can be divided into four types      NEXT: Analysis of the factors that cause the draft of the float