Home / News / What are the types of fishing reels

What are the types of fishing reels

1. Fly fishing reel
The fly fishing reel is a single-axis fishing reel. There is no automatic reeling and reeling device on the reel. To reel in the line, you need to shake the crank handle, and turn it around to rewind it. This brings certain difficulties to the quick reeling of the line after catching the fish. But this wheel is equipped with a drag device, and the adjustment of the drag force is controlled by a knob on the backrest. Before fishing, it is necessary to adjust the strength of the installed fishing line in advance. For example, it is very difficult to adjust after the fish is hooked.

2. Spinning reel
Spinning reel is also called spinning reel, which is the most common and most common all-purpose fishing reel. It is fixed around the spool, and the fishing line is wound on the spool by the rotation of the toggle frame connected with the rolling shaft during winding. It has the characteristics of small outlet resistance, fast speed, not easy to mess up the line, simple operation and wide range of use. There is a drag device on this fishing reel, which can adjust the resistance of the outlet line and play a buffering role. When catching a big fish, it can automatically release the line with the pulling force of the fish, and adjust the resistance of the line, so that the line will not be broken by the fish.

According to the different installation positions of the traction knob, it is divided into front traction type and rear traction type. The former is located at the front end of the reel and has a simple structure. But the control of the outlet resistance is not precise enough. The latter is installed at the rear of the wheel body, which can precisely adjust the resistance of the wire, and has better performance, but the price is more expensive. 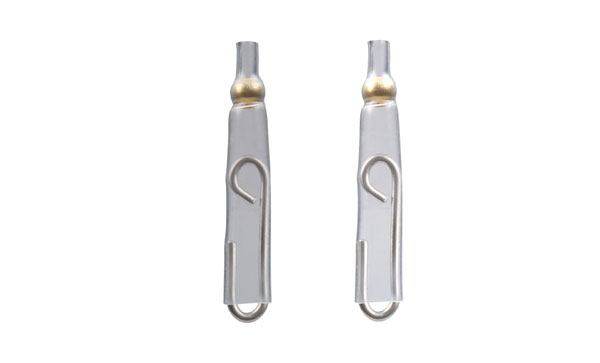 3. Closed fishing reels
The structure of the closed fishing reel is basically the same as that of the spinning reel. The difference is that there is a shield outside the reel of the closed fishing reel, the fishing line enters and exits through the hole of the shield, and the angler controls the retraction and release of the line by pressing the button. It has the characteristics of small size, light weight, and not easy to mess up the lines. But it has a small amount of line storage, and it is not suitable for long-distance casting and big fish.

The improved drum-shaped fishing reel is equipped with an electronic calculator, which can display the depth of water entry, the length of the outgoing line, the length of the reel memory line, and the signal response when the fish swallows the hook. When the boat is fishing, the power supply on the boat can be used to drive the fishing reel to automatically take up the line. The disadvantage of this kind of fishing reel is that the rotation speed of the fishing reel is often faster than the speed of exiting the line when casting. The electromagnetic braking device is added to the double-bearing fishing reels produced abroad to make up for its insufficiency.

PREV: How to choose the right fish hooks      NEXT: What are the grades of fishing rod tonality and how to use tonality to fish