Fishing is a project that requires patience and careful […]

Fishing is a project that requires patience and carefulness, one link after another. Every mistake in a small link may lead to a big mistake, but as long as you pay attention to every detail, the problem will often be solved. Let me talk to you about the function and selection of some commonly used small fishing gear accessories in the hanging fishing method Precautions when using.

Connecting rings, force relief rings, lead leather seats, lead leather, space beans, floating seats, etc. are all basic accessories that are connected or run through the main line. They not only have their own basic functions, but also play an important role in the overall sensitivity of the fishing group. Correct selection and use are the basic skills necessary for a fisherman. We fully enjoy the service of fishing fun. 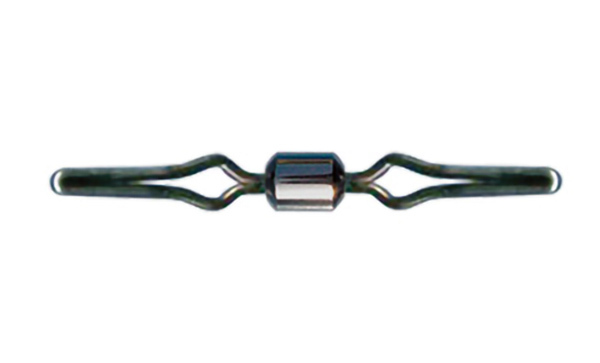 Connecting ring
Also called a swivel or a figure-of-eight ring, its function is to organically connect the main line and the brain line. As the name suggests, the swivel is rotatable (nonsense), and the rings at both ends can be rotated freely around the cylindrical alloy metal buckle in the middle, so as to avoid the brain line and main line being twisted or twisted by external force. Of course, the more flexible and less labor-saving the swivel ring is, the better it is called 8-shaped ring because it looks like the 8-shaped Arabic numerals. I understand its other meaning is that it is inseparable. No one wants to catch zero eggs when fishing with a zero, let alone two. Therefore, the firmness of the connecting ring after being stressed must also be paid attention to. In order to remember the key points when choosing, it is called 8-shaped connection swivel, what do you think? But in order to save words, we will refer to it as swivel below.

Choice of size
The size of the swivel ranges from small to large, from small to smaller than a grain of rice to larger than a fist. The large swivels used in fresh water and still water hanging fishing methods are no more than the size of soybean grains, and the most commonly used ones are no more than the size of rice grains. Most of the swivels are made of aluminum alloy, and its strength is generally not a problem for fishing. The use of the swivel depends on the thickness of the line used. The size of the swivel has three functions: connecting the main line of the brain line; the first link in which the brain line transmits the bait signal to the main line; it is an important counterweight in the hanging fishing line group part.

Many fishing friends often only pay attention to the size of the swivel according to the size of the fishing species (although there is a certain reason for this), but do not choose the swivel according to the influence of the weight-to-volume ratio of the fish on the signal transmission of the fish bait. Any object in water will lose its weight due to the buoyancy of the water body. However, the resistance it encounters when it moves in water is much greater than in the air; the resistance generated during instantaneous rapid displacement has a greater impact on signal transmission.

PREV: Introduction of the reel      NEXT: The Importance of High-Quality Terminal Rubber for Carp Fishing